What is the significance of the “Year of Faith” for us Catholics in the Philippines? 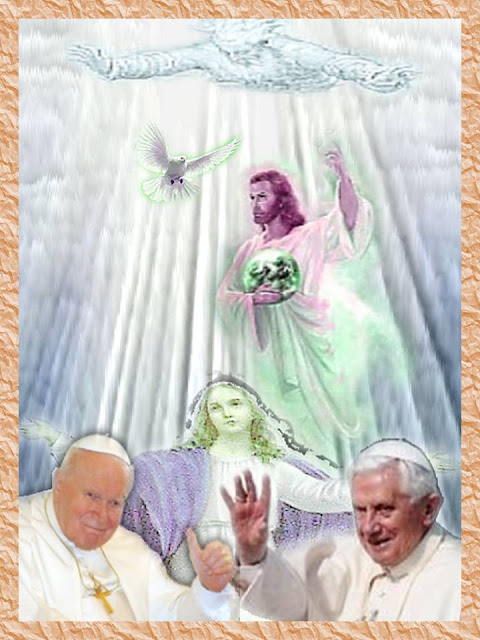 The Year of Faith is a challenge to all the catholic faithful all over the world but more so to us Filipino Catholics. It is a time to rediscover our faith deeply. Faith is the lifelong companion that makes it possible to perceive, ever anew, the marvels that God works for us. Intent on gathering the signs of the times in the present of history, faith commits every one of us to become a living sign of the presence of the Risen Lord in the world.” Faith is both a personal and a communal act: it is a gift from God that is lived in the communion of the Church and must be communicated to the world

The fundamental beliefs of the Christian religion are summarized in the Nicene Creed. For Catholics, they are detailed in the Catechism of the Catholic Church. Based on the promises of Christ in the Gospels, the Church believes that it is continually guided by the Holy Spirit and so protected infallibly from falling into doctrinal error. The Catholic Church teaches that the Holy Spirit reveals God's truth through Sacred Scripture, Sacred Tradition and the Magisterium.

Sacred Scripture consists of the 73 book Catholic Bible. This is made up of the 46 books found in the ancient Greek version of the Old Testament—known as the Septuagint and the 27 New Testament writings first found in the Codex Vaticanus Graecus1209 and listed in Athanasius' Thirty-Ninth Festal Letter. Sacred Tradition consists of those teachings believed by the Church to have been handed down since the time of the Apostles. Sacred Scripture and Sacred Tradition are collectively known as the "deposit of faith" (depositum fidei). These are in turn interpreted by the Magisterium (from magister, Latin for "teacher"), the Church's teaching authority, which is exercised by the Pope and the College of Bishops in union with the Pope, the bishop of Rome.

The Catholic Church is Trinitarian and defines its mission as spreading the Gospel of Jesus Christ,  administering the sacraments  and exercising charity.  Catholic worship is highly liturgical, focusing on the Mass or Divine Liturgy during which the sacrament of the Eucharist is celebrated. The Catholic Church practices closed communion and only baptized members of the Church in a state of grace are ordinarily permitted to receive the Eucharist
The Church holds the Blessed Virgin Mary, as mother of Jesus Christ, in special regard and has defined four specific Marian dogmatic teachings, namely her Immaculate Conception without original sin, her status as the Mother of God,  her perpetual virginity and her bodily Assumption into Heaven at the end of her earthly life. Numerous Marian devotions are also practiced
The Catholic Church is firm and maintains its stand on homosexuality and same sex marriages, ordination of women priest, artificial contraception and abortion, divorce and the sanctity of marriage.

Catholic social teaching emphasizes support for the sick, the poor and the afflicted through the corporal works of mercy. The Catholic Church is the largest non-government provider of education and medical services in the world. Catholic spiritual teaching emphasizes spread of the Gospel message and growth in spiritual discipline through the spiritual works of mercy. Church teaching calls for a preferential option for the poor while canon law prescribes that "The Christian faithful are also obliged to promote social justice and, mindful of the precept of the Lord, to assist the poor.

The Year of Faith should be designed to aid in the joyous rediscovery of the faith and its renewed transmission.  The goal of inviting all of the members of the Church to work so that this Year may be a special time in which we, as Christians, may share that which is most dear to us: Christ Jesus, the Redeemer of mankind, Universal King, “leader and perfecter of faith” (Hb 12: 2).

This is very significant for the Roman Catholic Church in the Philippines. The Catholics have to reiterate and do everything in the name of the Lord to stop the Reproductive Health Bill more popularly known as “RH Bill”. Some congressmen and senators are pushing for the passing of the bill stating that over-population is the main reason for the increasing rates in poverty and mortality of mothers and their newborn babies. In order to provide poor families with education and access to modern contraception as well as providing a sex education students as early as grade 5 or at the age of 10 to prevent teen pregnancies and spread of HIV/Aids or other sexually transmitted diseases.

First and foremost, I will give my view on this matter based on observation and facts regardless of faith and belief. It is a fact that the Philippines is not over populated. Yes, I agree that the people need to be educated but not particularly on sex and contraception. The government must concentrate on literacy program and teaching moral and family values to its citizenry instead of spending on contraception and reproductive health education as they say. There are more issues needing immediate attention and solutions. Besides Reproductive Health Bill can be incorporated in the national health bills and programs. Unless, there are hidden agendas or motives for those who are sponsoring and pushing for the passing of the bill.  And that’s what we have to be vigilant about. This could be another source of graft and corruption.

Second, On responsible parenthood – Who do you say responsible parents are? Parents or individuals who think and access on contraceptive in order to properly space their children or limit the number of children in the family? It can be true in some cases. But these families belong to the average and the educated. Not the poor and the illiterate in the remote places. How do you propose to educate them? Do you guarantee to be there or at least be able to send representatives to guide, assist, and provide them health care most of the time if not all the time they need to use those contraceptives? I don’t think so. Educating the poor takes time, patience and resources. It should start on basic education not jumping on the sex and contraception. You might even be misconstrued and make them feel being coerced to use contraceptives before they can exercise the only freedom they have.

Third, On early sex education in schools – Why do we need to worry about sex education on elementary students and take away the rights from suppose to be responsible parents? In the Philippines, wherein the family is the basic institution – it is the duty and responsibility of parents to educate and guide their children on family life and the dignity of human person.

Now, I am going to point this out base on my catholic faith. You don’t have to agree but this my belief, my faith and what and how I live by. I am not a fanatical Catholic but I try my best to live and adhere to the teachings and doctrine of the Roman Catholic Church. I believe that the CBCP has every right to defend and speak out its stance on the matter of Reproductive Health Bill because it opposes the Social teachings and doctrine of the Catholic Church. The CBCP is talking and appealing to the members, believers and faithful of the catholic church not to other sectors or religious groups who are responsible for own principles and belief.

The head of the Roman Catholic Church in the Philippines, Archbishop Luis Antonio Tagle opposes the Reproductive Health Bill, along with abortion and contraception. Because 81% of Filipinos are Catholics, the Catholic Church exerts a strong influence in public and moral life. Its staunch opposition to the bill has drawn the controversy among non-Catholics and Catholics alike who support the bill whereby many invoke the principle of separation of church and state

Fr. Joaquin Bernas, S.J, one of the drafters of the Philippine Constitution and a prominent lawyer and writer, explained that the concept of separation of church and state is directed towards the state, rather than the church, as it is a political concept. Technically it means “non-establishment of religion”, as the Constitution stated that “No law shall be passed respecting an establishment of religion ...” It means that the state should be guided by the principle that it should support no specific religion. This means that government funding should not be allocated for building churches or mosques, and not favor any particular religion. The church cannot meddle in matters of the state, and should focus on religious matters, not political matters.

Pope Benedict the XVI  endorses the “Catechism of the Catholic Church” by Blessed Pope John Paul 2, as the guide  and basis for evangelization and preaching of the faith. And we all know his stands on the Social and moral issues - including artificial contraceptives and abortion.

If someone is really in love
He or she would not allow that love to spread death
Easy solutions don’t help a man to be himself, to respect himself
If he is not capable of these, He won’t be capable of loving and respecting others

In 1995 World Youth Day - the 2nd visit of Pope John Paul 2 in the Philippines, more than 5 million Filipino Catholics was there to welcome and witness and hear his message. It was a wonderful moment, a Catholic Christian Celebration, a victorious moment, tears of joy, celebrating the Eucharist in unity with the SEE of ROME … Where are they now? Why don’t they speak out and express their support for the Roman Catholic Church against the passing of RH Bill?

Are we really one and united with the doctrines of faith and teachings of the Roman Catholic Church?

Are we one of those self confessed or self professed Catholics who do not have time to spare to go to confession and attend the mass and join the celebration of the Eucharist?

Are you one of those who are religious and regularly attending the mass but does not care what happens around him and the sufferings and challenges of his fellowmen?

Are you a reluctant catholic who lives just like the way you want and comfortable defying the teachings of the Catholic Church living an immoral life?

Are you a catholic who is being influenced by modernization, technology, development and contradicting the stand of the Catholic Church on moral issues?

What is your Stand?

I am a Catholic. I believe and adhere to the doctrine and teaching of the Roman Catholic Church.
I believe that God has the sole right and decision as to who will be born, live, survive or die. If God wills for babies to be born from parents anywhere and anytime – no amount of contraceptives, law or science can stop it from happening. If He wills to lessen the population, He has his ways.